ivarne
reply
Alt text: Whenever I miss a shot with a sci-fi weapon, I say 'Apollo retroreflector' really fast, just in case. 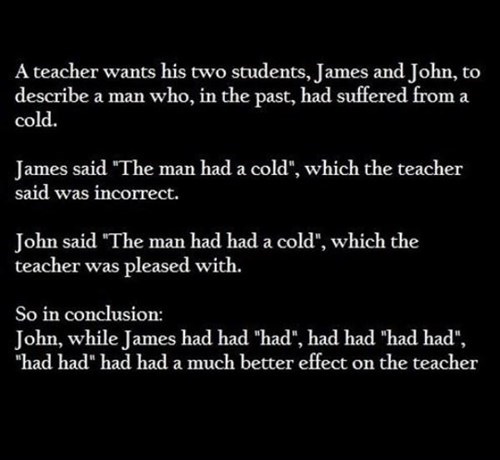 ivarne
reply
11 had in a row

mitthrawnuruodo
reply
Best explanation, yet.
Wherever

mrnevets
reply
Heartbleed: a simple explanation. It affected a huge number of websites. Be safe and change your passwords!

jkevmoses
reply
Great explanation of Heartbleed that is causing internet security issues all over the place.
McKinney, Texas

srsly
reply
You know I'm only sharing this because I've never seen a story this shared before. 56 people! 57 now.

I should get back to work.
Atlanta, Georgia

smadin
yeah, I think this does a very good job of making clear JUST HOW BAD this is.

glindsey1979
reply
If you aren't a techie, this will explain the Heartbleed bug to you super-simply.
Aurora, IL

rohitt
Yes. Clear as a day

Alt text: Are you still there, server? It's me Margaret.
Roseville, CA

We're afraid of risk. It's a normal part of life, but we're increasingly unwilling to accept it at any level. So we turn to technology to protect us. The problem is that technological security measures aren't free. They cost money, of course, but they cost other things as well. They often don't provide the security they advertise, and -- paradoxically -- they often increase risk somewhere else. This problem is particularly stark when the risk involves another person: crime, terrorism, and so on. While technology has made us much safer against natural risks like accidents and disease, it works less well against man-made risks.


There are lots more examples, but the general point is that we tend to fixate on a particular risk and then do everything we can to mitigate it, including giving up our freedoms and liberties.

There's a subtle psychological explanation. Risk tolerance is both cultural and dependent on the environment around us. As we have advanced technologically as a society, we have reduced many of the risks that have been with us for millennia. Fatal childhood diseases are things of the past, many adult diseases are curable, accidents are rarer and more survivable, buildings collapse less often, death by violence has declined considerably, and so on. All over the world -- among the wealthier of us who live in peaceful Western countries -- our lives have become safer.

Our notions of risk are not absolute; they're based more on how far they are from whatever we think of as "normal." So as our perception of what is normal gets safer, the remaining risks stand out more. When your population is dying of the plague, protecting yourself from the occasional thief or murderer is a luxury. When everyone is healthy, it becomes a necessity.

Some of this fear results from imperfect risk perception. We're bad at accurately assessing risk; we tend to exaggerate spectacular, strange, and rare events, and downplay ordinary, familiar, and common ones. This leads us to believe that violence against police, school shootings, and terrorist attacks are more common and more deadly than they actually are -- and that the costs, dangers, and risks of a militarized police, a school system without flexibility, and a surveillance state without privacy are less than they really are.

We also expect that science and technology should be able to mitigate these risks, as they mitigate so many others. There's a fundamental problem at the intersection of these security measures with science and technology; it has to do with the types of risk they're arrayed against. Most of the risks we face in life are against nature: disease, accident, weather, random chance. As our science has improved -- medicine is the big one, but other sciences as well -- we become better at mitigating and recovering from those sorts of risks.

Security measures combat a very different sort of risk: a risk stemming from another person. People are intelligent, and they can adapt to new security measures in ways nature cannot. An earthquake isn't able to figure out how to topple structures constructed under some new and safer building code, and an automobile won't invent a new form of accident that undermines medical advances that have made existing accidents more survivable. But a terrorist will change his tactics and targets in response to new security measures. An otherwise innocent person will change his behavior in response to a police force that compels compliance at the threat of a Taser. We will all change, living in a surveillance state.

We need to relearn how to recognize the trade-offs that come from risk management, especially risk from our fellow human beings. We need to relearn how to accept risk, and even embrace it, as essential to human progress and our free society. The more we expect technology to protect us from people in the same way it protects us from nature, the more we will sacrifice the very values of our society in futile attempts to achieve this security.

This essay previously appeared on Forbes.com.

I thought provoking essay I for the most part agree with.

However, I was a little uncomfortable with the statement "In the months after 9/11, so many people chose to drive instead of fly that the resulting deaths dwarfed the deaths from the terrorist attack itself, because cars are much more dangerous than airplanes." with no citation for this 'fact' and it's vague assertions.

I found this article (http://www.mpg.de/6347636/terrorism_traffic-accidents-USA) which suggest within 12 months there was indeed more road deaths, to the tune of approx 1,600. Certainly fewer than died in the attacks themselves.

Of course the effect will likely have lasted longer than 12 months, but I would like to see data to back up the assertions.
Bedfordshire

The real reason Google wants to kill RSS by Rob Beschizza
Thursday July 4th, 2013 at 3:44 AM

RSS represents the antithesis of this new world: it’s completely open, decentralized, and owned by nobody, just like the web itself. It allows anyone, large or small, to build something new and disrupt anyone else they’d like because nobody has to fly six salespeople out first to work out a partnership with anyone else’s salespeople.

That world formed the web’s foundations — without that world to build on, Google, Facebook, and Twitter couldn’t exist. But they’ve now grown so large that everything from that web-native world is now a threat to them, and they want to shut it down. “Sunset” it. “Clean it up.” “Retire” it. Get it out of the way so they can get even bigger and build even bigger proprietary barriers to anyone trying to claim their territory.

Well, fuck them, and fuck that.

brittany
reply
I like to think of NewBlur as an OS freedom fighter.
San Francisco

zwenk
reply
there is truth in it

agrant3d
reply
Don't know how much I believe this but shutting down Reader is enough to make me like google a heck of a lot less.
Montreal, Quebec

AndyG1128
Ah, but without the shutdown, I would have never have found this wonderful home we know as Newsblur. If I could use instapaper, and other aps, I'd be in rss heaven

MIU
Andy: Agreed, I love newsblur, more than I liked google reader. I'm still cross at them for largely starving the RSS market and then leaving us all in the lurch, though.

MIU
agrant3d: I've shifted a fair bit away from google's stuff because of this. I'm still really pissed by the whole experience.

flndr
It's certainly made me think about how much I rely on Google. And, I do too much. It sucks that their offerings are just that good that I don't diversify.

flndr
I dig newsblur so far, but I don't like how it handles unread items. And I really don't like how there are still issues with not marking items as read on Android. Eventually, newsblur will surpass where Reader was.

cinebot
seriously, stop forcing people to use plus. it's not going to take off so quit it!

MIU
cinenbot: I largely use google plus only to keep up with my friends who are google employees, heh.

cinebot
me too, i think only ooglers are on plus to be honest.

Harvison
I'm like most quite upset with the shutdown, but the very happy end result...I found NewsBlur. Too bad I didn't find it before.

cinebot
does newsblur allow you to tag/sort your saves? i haven't found it yet. newsblur also didnt import all my tags from reader either...
Next Page of Stories